The latest edition of the “Friday Fishbowl” for Friday, September 3, 2010 is now archived and airing exclusively on the Wrestleview Radio Network with host Adam Martin (Editor in Chief of Wrestleview.com) and special guest Tom Van Stone.

#1: Does watching an MMA event or a UFC PPV make wrestling seem more fake and corny than it would normally do? Especially a Raw following a UFC PPV? Who is or are your favorite MMA fighters and why don’t you consider doing a weekly MMA show on this network?
(Submitted by Mike)

#2: If you had a choice of a position in a wrestling promotion, would you prefer to be a: booker, writer, talent, road agent or in the media/promotional area?
(Submitted by Ross)

#3: With WWE Pay Per View buy rates down, and given the WWE PG format, what do you guys think of WWE PPV’s going to Saturday night? It seems to be working well for UFC. Since the target audience has changed I think it would be a good move.
(Submitted by Jeremy in Cincinnati)

Taya Valkyrie, previously known as Franky Monet in NXT, made her return to Lucha Libra AAA Worldwide on… 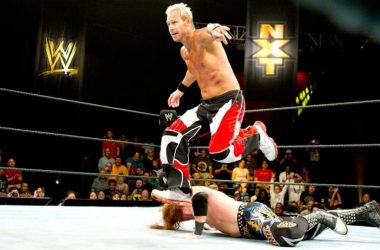