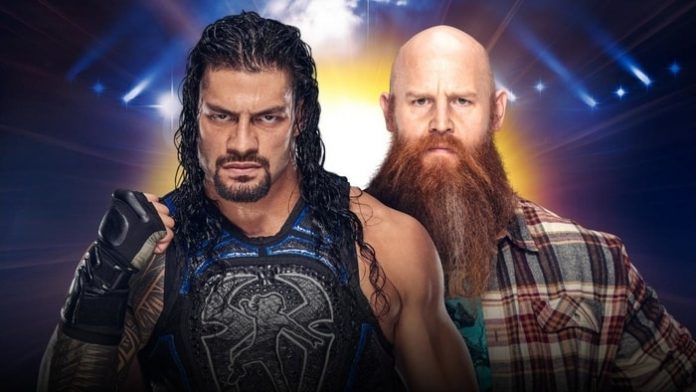 Roman Reigns taking on Erick Rowan has been added to WWE Clash of Champions on September 15 from Charlotte, North Carolina.

The match was announced last night on Smackdown Live. Rowan was revealed as Reigns’ attacker throughout August. Daniel Bryan, who claimed to have not be responsible for the attacks, was attacked by Rowan as well.

Here is the updated card for the event:

Finals of the King of the Ring Tournament
TBD vs. TBD

WWE Raw Preview: Drew McIntyre on the VIP Lounge, Andrade vs. Crews for the US Title

Video: Watch the live AEW Double or Nothing Buy In show from Jacksonville tonight

8 matches scheduled for AEW Double or Nothing tonight in Jacksonville, Florida

AEW Dynamite Results – 5/20/20 (Final show before Double or Nothing, Hardy vs. Guevara)