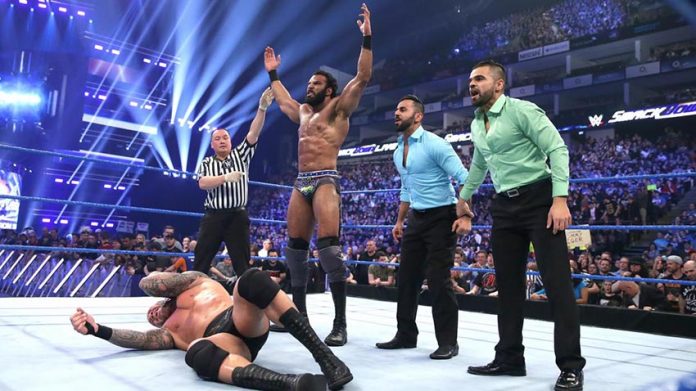 Last night’s pre-taped episode in London drew 2.35 million viewers on Tuesday night on the USA Network according to a report by Showbuzzdaily.com.

Once again, the NBA Playoffs won the night on cable on Thursday.

Smackdown, headlined by Randy Orton, AJ Styles and Sami Zayn vs. Jinder Mahal, Kevin Owens and Baron Corbin, averaged a 0.74 among adults 18-49 on Tuesday night. This is down from last week’s 0.75 rating.