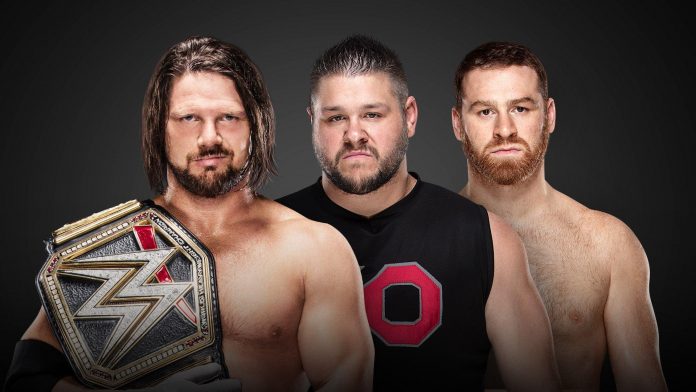 Following last night’s Smackdown Live in Orlando, new matches for the Royal Rumble on January 28 in Philadelphia were announced including a WWE Championship match.

Daniel Bryan announced that AJ Styles will defend the WWE Championship in a handicap match against Kevin Owens and Sami Zayn at the conclusion of Smackdown. This came after a second week of interference in the main event involving Styles, Owens and Zayn.

New entrants for both the Men’s and Women’s Royal Rumble matches were also revealed on Tuesday night. Carmella, Lana, Tamina, Mandy Rose, Sarah Logan and Liv Morgan were all added to the match, while Baron Corbin declared himself for the men’s match.

Here is the updated card for January 28 in Philadelphia.