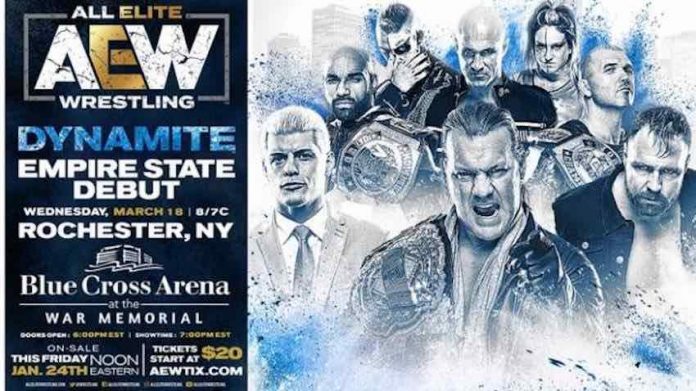 AEW announced earlier today that Dynamite will be coming to the Blue Cross Arena in Rochester, New York on March 18.

Tickets for the Rochester show will go on sale this Friday, January 24 at 12:00 pm ET.

The Rochester show will take place one week before AEW makes its New Jersey debut with an episode of Dynamite at The Prudential Center in Newark on March 25.

#AEWDynamite is coming to the Blue Cross Arena when All Elite Wrestling makes its Empire State debut on Wed, March 18th!

AEW and WWE ratings delayed until next week due Thanksgiving Holiday