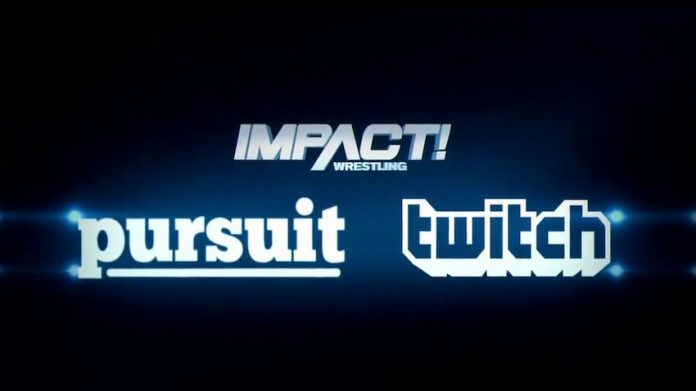 The following was taped Friday night at Sam’s Town Live Casino in Las Vegas, Nevada for Pursuit and Twitch.

Sami Callihan apologizes for hitting Melissa Santos with a bottle at her wedding. Brian Cage then comes down and takes out oVe.

– Reno Scum distracted Edwards and attacked him after the match.

Ken Shamrock comes down and puts Moose in an ankle lock after the match.

Elgin attacked TJP after the match.

– Sabu vs. Rohit Raju ends in a double count-out.

Brian Cage and Sami Callihan enter a brawl after the match. Callihan then hits Melissa Santos with a piledriver.

It’s 2019 and Ken Shamrock is jacked and revisits 1997 by putting Moose in an anklelock. I’m astounded and dumbfounded. pic.twitter.com/NLBauX7Cvp

Intergender #battleroyal. No reason. No announcement for what the winner gets. But here we go. #impactwrestling #ImpactLasVegas pic.twitter.com/1lSqUYja7u