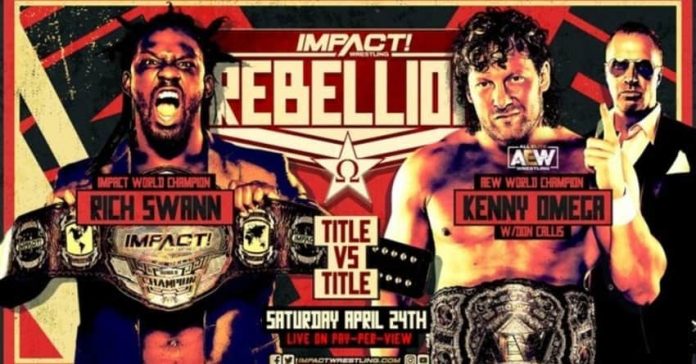 The main event for IMPACT Wrestling’s Rebellion pay-per-view on Saturday, April 24 is set.

Swann pinned Moose using a crucifix takedown, followed by a roll-through for the win.

When Omega first appeared on IMPACT television, he and IMPACT Executive Vice President Don Callis said that Omega was a belt collector, and indicated that he would be going after the IMPACT World Title at some in the future.