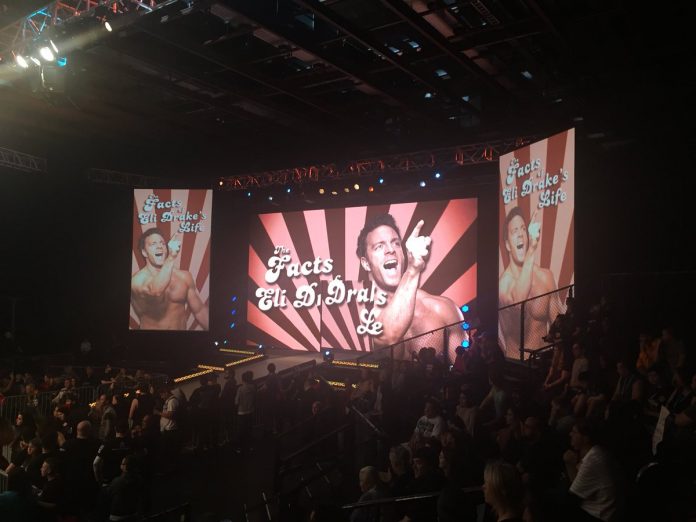 The following was taped on Wednesday from the Impact Zone in Orlando for future airing on Pop TV.

* Impact Grand Champion Matt Sydal def. Fallah Bahh to retain the title. Notably gone was the rounds and scoring system for the championship.

* In-ring promo segment between LAX and oVe, seeming to put an end to their feud. Trevor Lee and Caleb Konley then run in and attack LAX.

* In-ring promo segment with Global Champion Eli Drake and Chris Adonis. Drake says he has no more challengers. Out comes the returning Austin Aries, who challenges Drake, leading to…

* Trevor Lee and Caleb Konley won an enhancement match. LAX cut a promo promising to take them out.