Two Man Power Trip of Wrestling sent this in.

Today The Two Man Power Trip of Wrestling welcomes Legendary writer, comedian, producer and director, Bob Zmuda. Zmuda is the author of “Andy Kaufman: The Truth Finally” and for the first time ever, the two people who knew Andy Kaufman best open up about the most enigmatic artist of our generation. We literally get taken back into Memphis in 1982 and go step by step with Bob as he goes through Andy Kaufman’s mindset and motives as he jumped head first into the world of Memphis Wrestling and what went into the infamous promos that ignited one of the most legendary feuds in wrestling history. Of course we also cover the unforgettable appearance by Kaufman and Jerry the King Lawler on the David Letterman show where the “slap” that was heard around the world took place and brought wrestling straight into the world of pop culture.

Bob Zmuda says Andy Kaufman can be the final guest of David Letterman:

Talking to Vince McMahon about hosting a Jerry Lawler vs. Andy Kaufman match in the WWF:

When Vince McMahon started building the franchise of the WWF, Andy definitely had talked to Vince. We had gone to Vince McMahon and talked a few times about trying to get a bout between Jerry Lawler and Andy Kaufman but at that time Vince wanted to stay away from Hollywood and Andy wasn’t “Hollywood, he was the anti-hero. Vince didn’t realize Andy was an anti-Hollywood guy and it never happened. Which Andy had always wished that it did.

The aftermath of the infamous Andy Kaufman vs. Jerry Lawler match at the Mid-South Coliseum:

You had all of these people, literally thousands of people that were out of their minds with this blood lust and when (Andy) Kaufman was knocked out cold he was taken to the hospital and I was left standing there alone and people start yelling “that’s his buddy” and now I am unprotected and have to make myself get back down the aisle to the dressing room where all my stuff is so I can get the hell out of there. It was the longest walk I’ve ever had to do in my life and I realized I wasn’t going to make it out alive, there was such hatred and blood lust, I was going to be another victim and what I did since I am not a big guy, I started walking back and realized this is not good and everyone spotted me. So I said to myself “you better do something smart here” and I looked for the biggest guy I could see and I walked right up to him and I made believe I was Buddy Rogers and I slapped this guy as hard as I can in the face and this big guy was shocked and everyone else was so shocked by my behavior (but) I was acting like a brute so I would be able to swagger back to the dressing room without anyone confronting me because they all then thought that this guy is just nuts. Once I got in the dressing room I locked the door jumped out the window and took a cab to the Memphis Hospital where Kaufman was.

How the David Letterman appearance came about:

When Andy was in the hospital they had done X-Rays and he had sprained his neck very badly. He was there for a number of days and when they said he was going to be ok, they said just watch your neck because he had a terrible sprain and he could have had a broken neck and I don’t think Jerry Lawler would have cared and I think that Jerry was shocked he didn’t have a broken neck. Andy then wore a neck brace for the next 6 months. It made the papers all across the country, it was probably the biggest item that didn’t just make the theatrical pages but it made the sports pages all across the country. It really took for the first time, professional wrestling and really gave it its biggest hit yet. So of course, Letterman had seen this, he had Andy on the show many times and his people called up Andy’s management and called up Jerry Lawler’s management and said; “Andy, would you be willing to go on David Letterman’s show and bury the hatchet with Jerry Lawler?” So, we all went to New York. Letterman had shown the clip from Memphis and everything was kind of going nice. Everyone understood they were both going to apologize and even Andy who had the neck brace on admitted to David that it was a mistake to ever wrestle a man and he learned his lesson. But it didn’t take much for it to turn into a shouting match again. One thing led to another and Jerry kind of insinuated that Andy may be gay or something and that was it and when Andy started yelling at him, Jerry couldn’t take it anymore and got up and we all thought Jerry was going to leave but Jerry got up and he just put his arm back and let it go and he slapped Andy right out of his chair. It was a live show and everyone went crazy. Security ran in, the camera operators didn’t know what to do, Letterman jumped up and Kaufman ran off only to come back in and Andy who never swore, started swearing like a sailor and of course they beeped it for TV. They broke to commercial and security came in and of course the next day everyone in America was talking about it.

Bob Zmuda also discusses how he and Andy put together the antagonizing Memphis promos, working with Buddy Rogers, Andy’s motives for wrestling women, Andy’s history as a wrestling fan, Saturday Night Live and his book: Andy Kaufman, The Truth, Finally 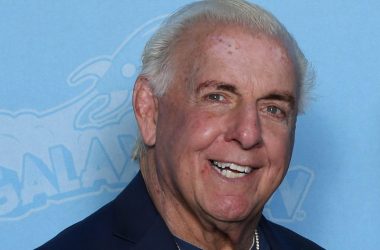 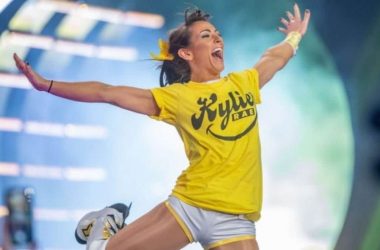 Kylie Rae announces she is taking another break from professional wrestling 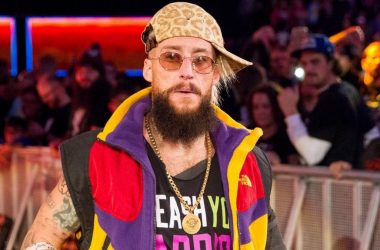 Former WWE Superstar Enzo Amore, who is using the name of nZo, told TMZ he is signed for…