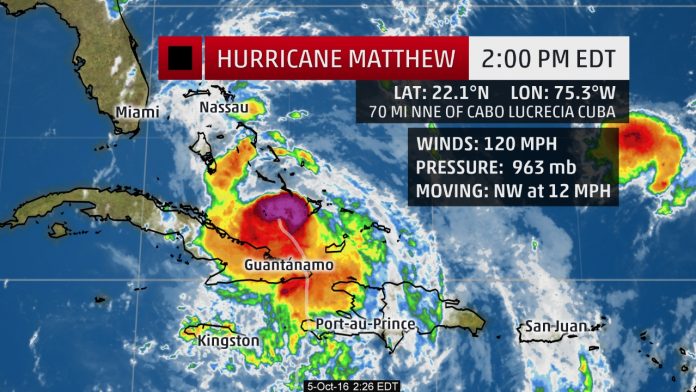 With the impending arrival of Hurricane Matthew to the Florida area late this week, it has a put a number of live events from NXT and TNA in that area in jeopardy of taking place.

As of 2:00 PM ET, Hurricane Matthew sits as a Category 3 Hurricane at 120 MPH in the Carribean, affecting Cuba and the Bahamas. It is slated to affect the Florida area heading into the weekend according to current weather reports.

Due to #HurricaneMatthew, #NXTFtPierce has been rescheduled to next Fri 10/14. All tix for the 8th will be honored on the 14th.

Due to #HurricaneMatthew, #NXTCrystalRiver on Fri 10/7 has been rescheduled to Sat 10/29. All tix for the 7th will be honored on the 29th.

With TNA scheduled to continue holding TV Tapings at Universal Studios in Orlando from Wednesday to this Saturday, TNA Chairman Dixie Carter posted the following about the status for those tapings with the threat of Hurricane Matthew looming:

As long as @unistudios is OPEN @IMPACTWRESTLING tapings are ON this week. Great TV planned Wed-Sat nights. Come be a part of it!