The following is the full list of independent events taking place in the New Orleans area on Saturday during Wrestlemania 34 weekend.

* PROGRESS at 12PM CT for future VOD release on WWNLive and their own streaming service, featuring Zack Sabre Jr. vs. WALTER, plus matches involving Matt Riddle, Will Ospreay and more.

* House of Hardcore at 11:00 PM CT on Twitch, featuring the finals of the tournament to crown the first HOH TV Champion, plus matches involving Sami Callihan, Austin Aries, Billy Gunn, The Rock and Roll Express and more.

You can purchase all the WWN events that will be airing on FITE TV below.

Tell us your thoughts: ROH reportedly plans to return as an independent promotion

According to a recent report from F4WOnline, the future of Ring of Honor will focus on non-contracted independent… 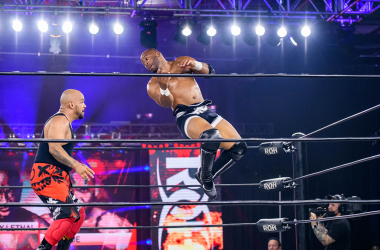 According to a new report from Sports Illustrated, the Ring of Honor tape library is available and will…