* AJ Styles came out to cut a promo and was interrupted by ROH Champion Jay Lethal. He pointed out beating Styles already and that Duluth didn’t deserve a a title rematch. ROH TV Champion Roderick Strong came out next and also said he didn’t feel like defending his title tonight either. The Bullet Club showed up next calling out all the current ROH champions. ROH Tag Team Champions War Machine then come out to start a big brawl.

* Styles interrupted a promo by a local wrestler giving him a Styles Clash.

* After the main event, AJ Styles rejoined The Bullet Club for a curtain call. Matt Jackson of The Young Bucks posted a photo of the moment to Twitter below. 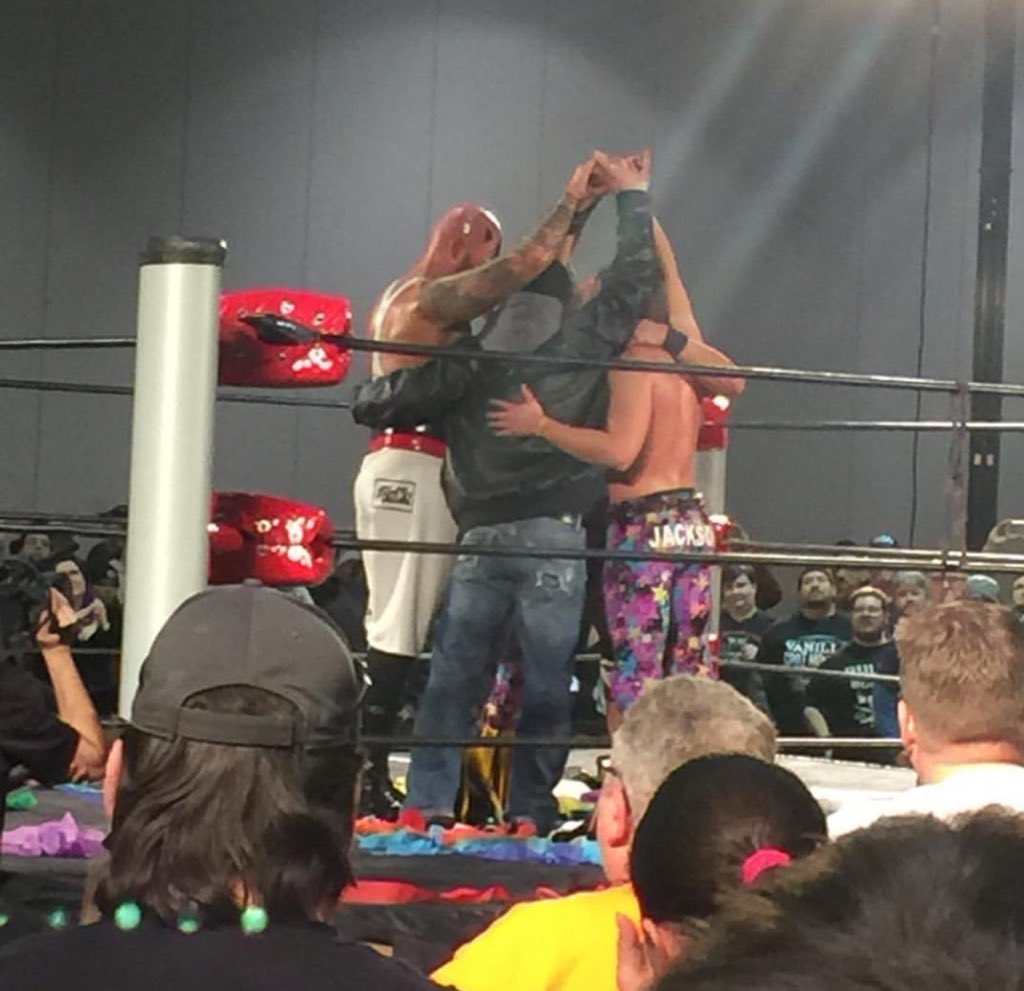 ROH returning to Atlanta and Concord in January 2019, Tickets to go on sale October 3rd and 5th

Ring of Honor announced on their website Friday the company is returning to Center Stage in Atlanta, GA…