2. The Bravados def. The Devestation Corporation

5. The Hooligans (Mason and Devin Cutter) & Buck Nasty def. An Officer and a Gentleman (Dan Barry and Chuck Taylor) and Colt Cabana

3. The Batiri def. The Boar of Moldova and Mr. Azerbaijan

On Point Wrestling sent these results in. 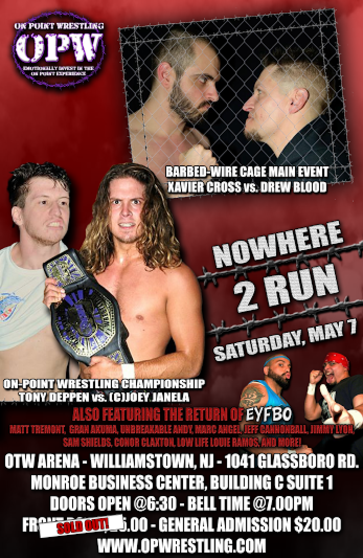 On Point Wrestling returned to Williamstown,NJ this past Saturday night May 7th in front of another sell out crowd at the OTW Arena. It was a night of face paced and violent action on the final stop on the road to “Survival of the Sickest” in July.