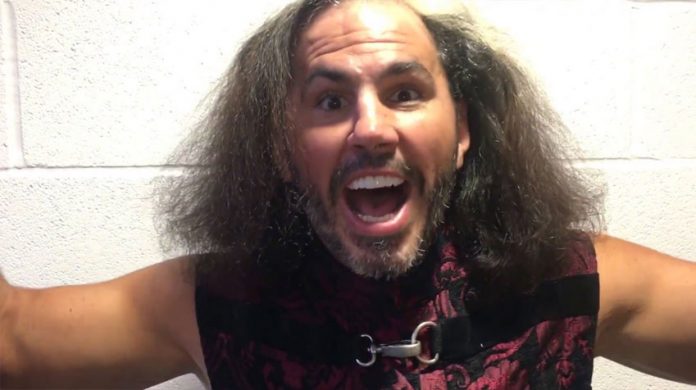 As reported earlier, both Matt and Jeff Hardy reportedly disagreed on new terms to remain with Impact Wrestling in recent days after initially agreeing to terms back in December.

The company is set to tape new episodes of Impact Wrestling for Pop TV starting this Thursday in Orlando through the weekend. Both Matt and Jeff Hardy remain the current TNA Tag Team Champions heading into the tapings. As reported earlier, they are not expected to drop the titles or appear at the tapings unless plans change last minute.

You can check out the tweets Matt issued below.

My stint with @IMPACTWRESTLING was DELIGHTFUL. EXCEPTIONAL talent & locker room. A great, respectful team that worked hard in tough times.

I wish @IMPACTWRESTLING all the best going forward, especially the INDUSTRIOUS talent. I hope they're all treated with respect & fairness.

I have never been more AWAKE.

The Creative RENAISSANCE is merely beginning.

Anything is possible in my #BROKEN Universe……ANYTHING.