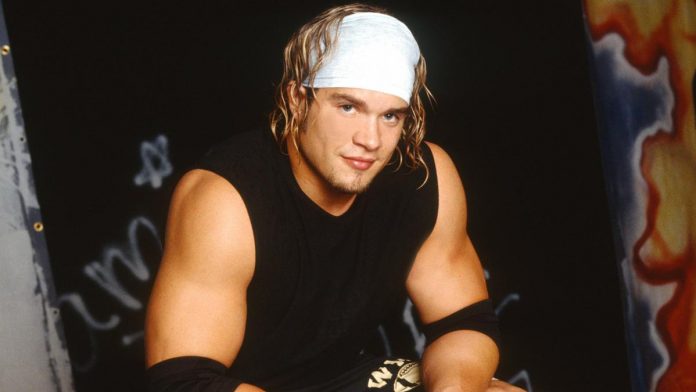 A number of wrestling personalities took to social media on Friday evening after news broke of the passing of former Tough Enough winner and OVW star Matt Cappottelli on Friday at the age of 38 after his second battle with brain cancer.

WWE is saddened to learn that Matt Cappotelli, a promising Superstar who was a co-winner of WWE Tough Enough III, passed away Friday at age 38. https://t.co/MCuoAHBkt6

It is with deep sadness that we share news of the passing of former @WWE superstar & #OVW trainer Matt Cappotelli. https://t.co/qfKEbzZpkn pic.twitter.com/KfdYvjorgW

In 2005, Matt Cappotelli & I were gonna be brought up to WWE Smackdown as the tag team “Reality Check.” One day out of no where he called me and said that he had just been diagnosed w/… https://t.co/VDLPhFv6B8

Matt Cappotelli was what every young hopeful should strive to be. Positive, passionate and hard working. I was fortunate to know him during his early OVW days and he always had a giving spirit. RIP Matt…

Damn it damn it damn it. You suck cancer. Augh. Rest In Peace Matt Cappotelli 💔 You are the true definition of a warrior. The strength and dignity with which you fought your battle will forever be admired. God bless you and your family.

Very saddened to hear that Matt Cappotelli passed away. I had the privilege of working with and getting to know Matt during my time in OVW. If everyone strived to be even half the human being Matt was the world would be a wonderful wonderful place. #RIP

RIP Matt Cappotelli. A great human being and made the most of his life turning negatives into positives, setting a great example along the way. I never really knew Matt as we started in… https://t.co/Mt8srEu6te

Rest In Peace Matt Cappotelli, thank you for inspiring so many

Never had the pleasure of meeting Matt Cappotelli but followed his journey over the years. That dude didn’t have ANY quit in him. He fought until his very last breathe. He’s a real true Inspiration. My heart breaks for his wife and family. God Bless you Matt. #TeamCapp

Blessed to know Matt Cappotelli
since his wrestling journey began
He was more Hardcore & Tougher Enough than any person I've ever known
Glad to have reconnected w/him
He never stopped fighting or questioned his faith
Great human being pic.twitter.com/zspqy1AJPz

Sending prayers out to Matt Cappotelli's loved ones and to his enormous extended family in wrestling. One man's life can affect so many. We all should strive to more like Matt.

Very sad to hear of the passing of Matt Cappotelli. Deepest condolences to Matt‘s wife and family and his fans. RiP.
#mattcappotelli #Warrior

Matt Cappotelli was a good guy. Sad news.
Hug the people you love.
Forgive your debtors.
Don't let small things get in the way of being good to one another.

Saddened to hear of the passing of Matt Cappotelli. He’s was a great guy who deserved so much more. R.I.P. Brother https://t.co/42mq7ZfoGO

I'm heart broken with the news of the passing of Matt Cappotelli. He is an inspiring young man that touched so many with his smile, his heart, and his faith. My love and prayers go out to Matts wife Lindsay and the family. #TeamCapp #RIPMAtt pic.twitter.com/GpZlWSfZiJ

#RIPMattCappotelli You showed everyone what it means to never give up and to always stay positive. It was a honor to know you. https://t.co/rHsOgXIsfm

Rest Easy Matt Cappotelli .One of toughest guys to be part of Wrestling Business. Thoughts and Prayers to his Wife and family.

The CAC is saddened to learn of the passing of former WWE Tough Enough winner Matt Cappotelli at only 38 years of age. Our condolences to his family and friends.

Really sad to hear the passing of Matt Cappotelli. What an amazing guy with a big heart and had such a love for life and others. He will certainly be missed by those who were lucky enough to have known him.

I am heartbroken to learn we have lost Matt Cappotelli. I am honored to have known him, and to have shared a ring with him on RAW. He was truly special. Kind, humble, strong, and giving. He will be missed. pic.twitter.com/RP5XSOO7XP

RIP Matt Cappotelli. Too nice, too good, and too amazing for this industry and life itself. Blessed to have met such an amazing person who set an example that no one can ever set again. #teamcapp

That being said, my heart extends to the family of Matt Cappotelli today. He taught us how to show up with love and hope despite adversity. A warrior. We are blessed to have had his energy light up our world.
Don’t hold back. Say "I love you" every day. Rise up. Shine your light.

Ronda Rousey announces she and her husband are expecting, WWE comments