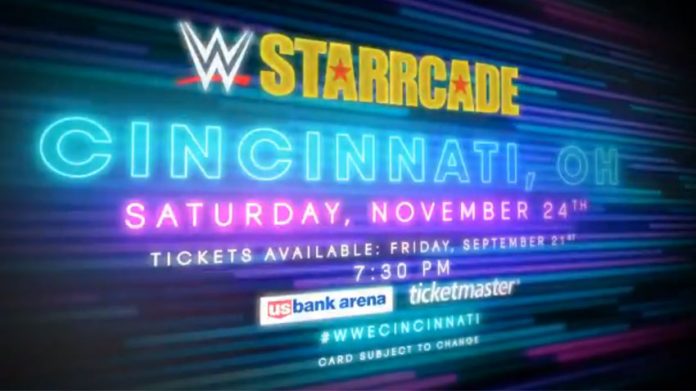 The official Twitter account for the US Bank Arena in Cincinnati has announced WWE Starrcade will be taking place on Saturday, November 24.

The event, which isn’t advertised to stream on the WWE Network, will take place during Thanksgiving weekend. Last year’s event took place in North Carolina.

RAW and Smackdown Live talent are scheduled for the live event, with five matches being officially advertised for the show. This includes:

Sasha Banks not cleared for Royal Rumble according to report, Ziggler criticizes WWE