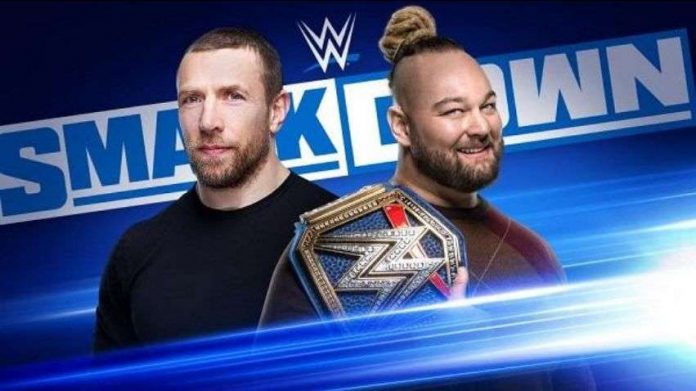 Friday Night SmackDown will be live tonight from the American Airlines Arena in Dallas, Texas.

This is the go-home show for this Sunday’s Royal Rumble pay-per view.

The following the match and segment has been advertised for tonight’s show:

Daniel Bryan and “The Fiend” Bray Wyatt are set for a contract signing for their strap match, as Bryan will challenge Wyatt for the WWE Universal Championship at this Sunday’s Royal Rumble PPV in Houston.

We will have live SmackDown results tonight at 8:00 p.m. Eastern/7:00 Central.

Matt Hardy thanks the fans for their support; Young Bucks poke fun at FTR’s WWE wardrobe