It was announced on Friday’s episode of Smackdown from Dallas, Texas that the Strap match for Universal championship involving The Fiend Bray Wyatt and Daniel Bryan can only be won by pin fall or submission.

Michael Cole was in the ring for the contract signing but prior to the signing, Cole announced that the only way to win the match is by pin fall or submission. Traditionally, a Strap match would be won after one of the participants would touch all four corners of the ring. 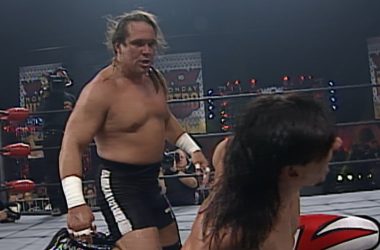