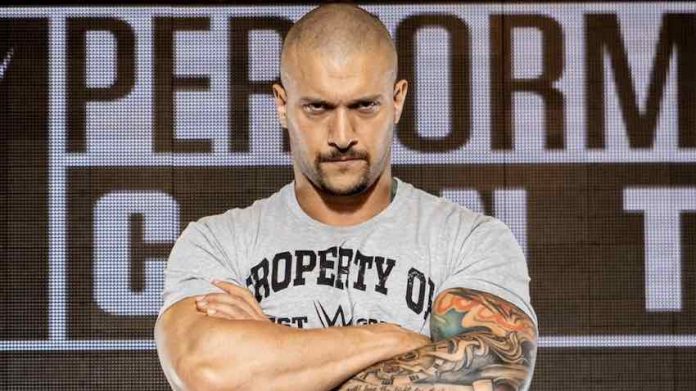 After weeks of vignettes building up to his debut, Killer Kross finally made his first WWE NXT appearance during Wednesday night’s episode.

Kross’s brief appearance came during the very end of the episode with Triple H confirming that Johnny Gargano and Tommaso Ciampa would have a match in two weeks NXT.  Then all of a sudden, a video saying “The end is near ” appears on the screen. Killer Kross is then shown in a short clip, and the episode ends.

It was confirmed back on the February 4 episode of WWE Backstage that Kross had signed with the company.

Before signing with WWE, Kross worked in Lucha Underground, Lucha Libra AAA World Wide, IMPACT and made an appearance at MLW’s Fightland event back in February.

If you missed any or all of Wednesday night’s WWE NXT, be sure to check out Mike Tedesco’s full recap of the show.