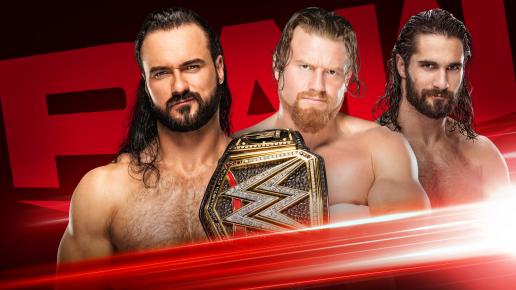 Monday Night Raw will air tonight from the WWE Performance Center in Orlando, Florida. There will not be an audience in the building.

Tonight’s event, the final before Money in the Bank, has a Last Chance Gauntlet Match advertised. This is for the final spot in the Men’s Money in the Bank Ladder Match for the Raw side. Apollo Crews was removed from the match last week due to injury. The participants are not known at this time.

We will also see WWE Champion Drew McIntyre take on Murphy, who made his return last week on Raw. The Street Profits will defend the Raw Tag Team Championship against The Viking Raiders, and Ricochet and Cedric Alexander will face Brendan Vink and Shane Thorne, led by MVP.

Be sure to join Mike and Victoria Tedesco for another edition of Post-Raw tonight on YouTube.