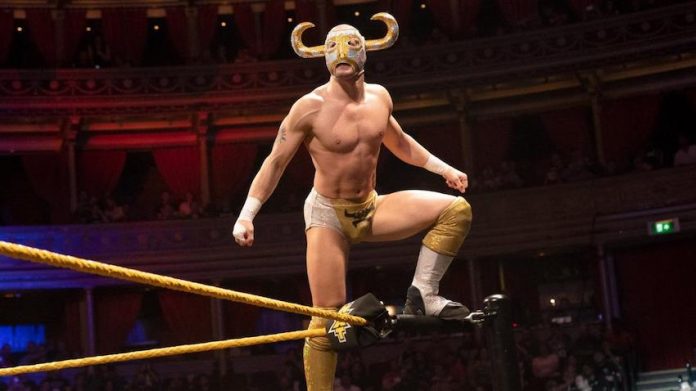 Wrestler Violet O’Hara/Claire-Michelle Oldfield stated in a Twitter post that Ligero had “indecently assaulted” her after she allowed him to lay in her bed when he was let into a hotel room she was sharing with others.

“The current story that has been released by Violet O’Hara/Claire-Michelle Oldfield is neither accurate nor true.  This is a completely false allegation and whilst I’ve done other things in my life that I deeply regret, this isn’t an accurate or truthful portrayal of events.”

“Regarding the other statements from people like Laura, Natalie who have spoken out about the way they were made to feel, and others that have come forward about unwanted messages, I have no excuse.”

“It’s inappropriate, it’s an embarrassment and it’s an absolute shameful way to act from someone in a position of trust. I sincerely apologise for my actions and any hurt I’ve caused.”

“I have no justification of my actions in the slightest. In these situations, I have failed people as a friend, as a fiancée and as a decent human being.”

WWE has removed Ligero from the WWE NXT UK roster page on their website.  However, as of this report, WWE has not publicly acknowledged his release.

WWE Raw Preview: Asuka and Bayley to meet in Champion vs. Champion match

WWE SmackDown Results – 7/3/20 (Styles vs. Gulak for the Intercontinental Title)