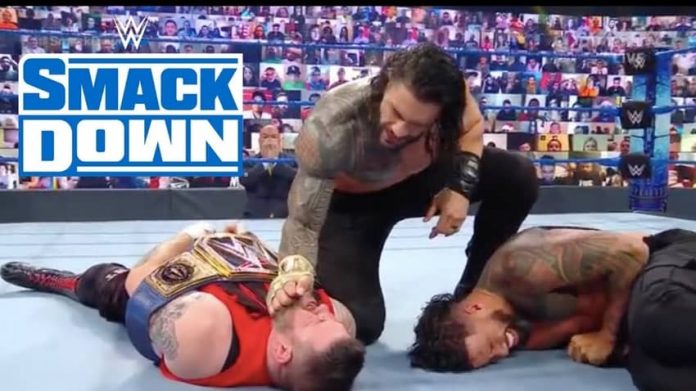 The SmackDown Ratings are in for December 4, 2020.

This week’s edition, drew an average of average of 2.209 million viewers on Friday night according to a Fast Nationals report by showbuzzdaily.com.

If this final rating numbers hold, last night’s SmackDown would have seen just over a five percent drop in viewership, as last week’s show that drew final rating of 2.141 million viewers.

The final ratings for WWE Friday Night SmackDown are scheduled to be released this coming Monday.

This week’s SmackDown, which featured Kevin Owens and Otis vs. Roman Reigns and Jey Uso with Paul Heyman, averaged a 0.50 rating among adults 18-49.

This number is down from last week’s 0.60 rating.