We’ve had many readers send us word that WWE star CM Punk was in attendance at UFC Fight Night 27 in Indianapolis on Wednesday evening. Punk was at ringside (or cageside) with UFC President Dana White and was later shown on camera by the UFC as being in attendance. A few photos hit Twitter that you can view below. 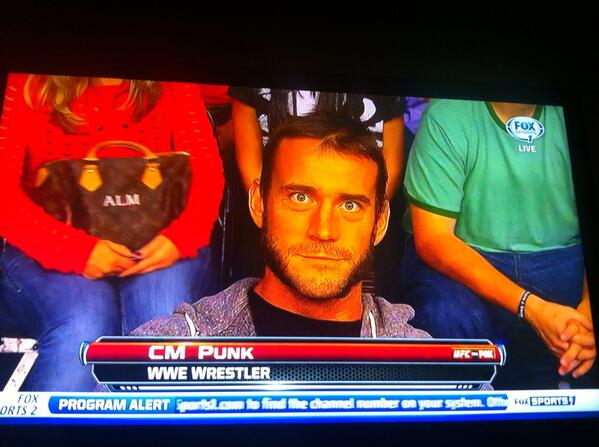