Ted DiBiase on signing with WWE as it expanded nationally

Author Kevin Sullivan is featuring new comments from WWE Hall of Famer Ted DiBiase that didn’t make the cut of his new “WWE 50” book release. Among the topics discussed, DiBiase revealed his decision behind signing with WWE as it expanded nationally.

“Dave Meltzer said, ‘Why would someone with the talent of Ted DiBiase go to WWE?’ Because at the time, the NWA was seen as the real deal. Basically, I got in this business to make money and I love this business as much as anybody else, but things change and unless you’re willing to change with the times, you get left behind. This is where wrestling was going and if I was going to make a living, I had to go to WWE.”

You can view the rest of the interview with DiBiase at the link below. 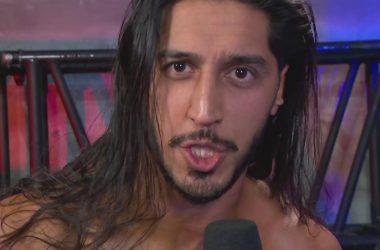 WWE reportedly not granting Mustafa Ali his request to be released

According to Fightful Select, WWE is not going to grant Mustafa Ali his release. Ali took to Twitter…

NXT 2.0 Viewership and Key Demo down, number 50 for the night on cable

Tuesday’s NXT 2.0 drew 587,000 viewers on the USA Network, according to a report by showbuzzdaily.com. This is down…