Justin Barrasso of Sports Illustrated is featuring an interview with WWE Hall of Famer “Stone Cold” Steve Austin where he reveals he will make announcements soon about some upcoming projects and also addresses rumors about issues with WWE in recent weeks.

“Lately there’s been a lot of speculation regarding all this heat, bad blood, and animosity between myself and Vince. And it couldn’t be any further from the truth. I have an outstanding relationship with Vince and the WWE right now. There were a few trademark issues, but that was just a minor thing that got resolved in a very amicable conversation I had with their lawyers. So many things get said only because people want to throw the names ‘Steve Austin’ and ‘Vince McMahon’ out there so others will think it to be true. But I’m here to tell you, it’s not true. There are some great things coming up.”

You can check out the full article at the link below.

The following is according to PWInsider. The word making the rounds Monday at WWE Raw at the FedEx… 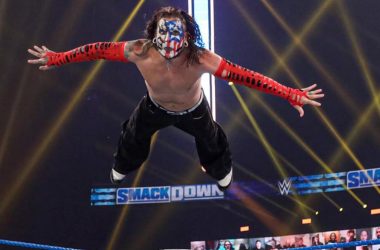 Videos of Jeff Hardy leaving the ring during Saturday night’s Supershow in Edinburg,TX