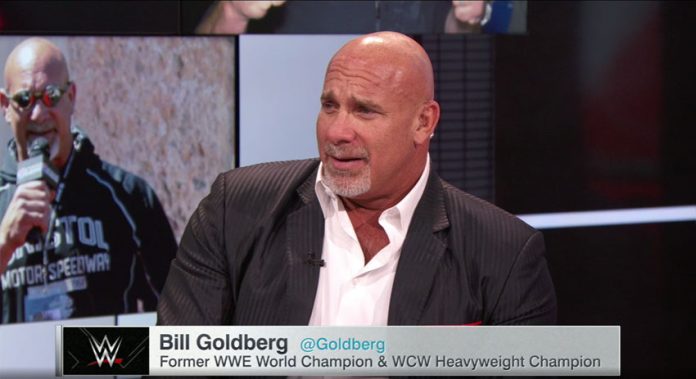 ESPN is featuring a clip of an interview with Bill Goldberg on Tuesday where he was promoting his upcoming match with Brock Lesnar at Survivor Series and talks about what it is like to get back in the ring at the age of 49 in a few weeks.

Goldberg noted that that his knees hurt from just bouncing around the ring on RAW last night with Rusev and that he had to call on a different set of muscles.

Speaking of his appearance on RAW last night, Goldberg admitted to having some ring rust in a tweet following his in-ring segment with Rusev and Paul Heyman.

You can check out his tweet and ESPN appearance below.

Ring rust…it happens. RT @WWE: .@Goldberg kicks off #RAW with a #Jackhammer to @RusevBUL, and a … https://t.co/DJWZ9QOTqz