WWE issued the following on Monday, announcing a new line of boxers.

“We’re honored to be making the first deal of this kind with WWE, one of the largest and most respected sports and entertainment brands in the world. Our brand’s ethos of strength and determination perfectly matches that of WWE; it was a natural fit and we’re looking forward to sharing this collection with potential retail partners,” said Contenders CEO, Jonathan Snyder.

The colors, taglines and symbols featured in the WWE Contenders Collection are a representation of each WWE Superstars’ unique persona. Pairs come in WWE exclusive packaging imprinted with the WWE Championship title and will contain a limited edition collector’s card, another unique attribute and industry first.

All Contenders’ collections, including WWE Contenders Collection, Creed and Rocky, feature Contenders’ celebrated RideControl™ technology, Jacquarded waistband, stamped tags, adjustment control, and ultra-comfortable fabrics. Adult sizes range from S to 2XL while youth sizes range from S to XL. Dedicated to supporting heroes and fighters among us, Contenders also gives back to the community through its Everyday Contenders program. As part of this program, $1 from the sale of boxer briefs go towards supporting a particular cause, family or person in order help them in their fight to overcome odds or challenges they are facing. 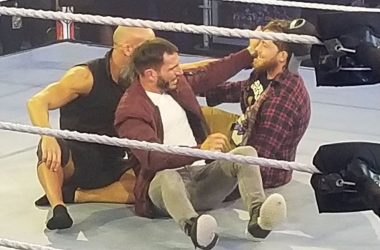 Kyle O’Reilly on his future, Photos and video of O’Reilly’s and Johnny Gargano’s farewell after NXT 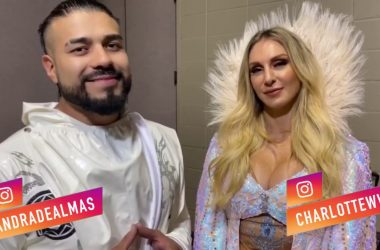