According to a new report from F4WOnline, As part of a major push to get Bryan Danielson to remain in WWE. It is being said that Vince McMahon had given Danielson permission to compete in New Japan Pro Wrestling’s annual G1 Climax Tournament.

The report noted that Danielson received a “major offer” to stay in WWE and also received a similar offer from AEW.  WWE would have granted him the ability to also work in New Japan with McMahon giving the go-ahead for Danielson to work in the NJPW G1. However, it was also stated that “It’s most likely McMahon had no idea what it was when he said that.”

It was further noted that “Both AEW and WWE offered similar money, and that WWE was willing to allow him limited dates to give him time at home, a major guarantee (among the largest in the company) and the ability to do outside stuff.” AEW then counter offered.

Bryan Danielson became a free agent back on April 30, and made his AEW debut at last Sunday’s AEW All Out pay-per-view, along with Adam Cole at the close of the show.

The following matches for this Friday’s Rampage were taped Wednesday night at Arthur Ashe Stadium in Queens, NY.… 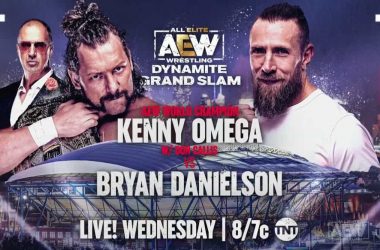 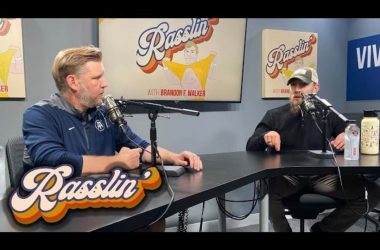 Bryan Danielson says he was asked by WWE not to use the “Yes” chants, Thanks WWE

During an interview with Rasslin with Bradon F. Walker, Bryan Danielson said he isn’t using the ‘yes’ chant…