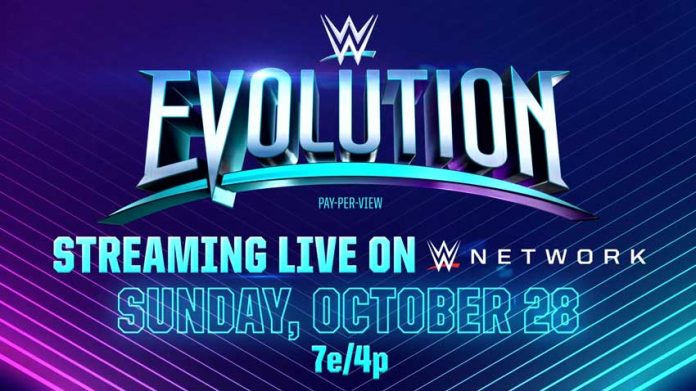 According to a report from the Wrestling Observer/Figure Four Online it was announced during Saturday’s NXT UK taping in Plymouth, Great Britain, Rhea Ripley will defend the NXT UK Women’s Championship against Isla Dawn at the all-women’s Evolution Pay Per View in Uniondale, NY on October 28.

The following matches have already been announced for the event:

*Lita and Trish Stratus vs. Alexa Bliss and Mickie James.

In addition, Michelle McCool, Sasha Banks, Carmella, Asuka, Nia Jax, and WWE Hall of Famer Beth Phoenix are all advertised for the Pay Per View.