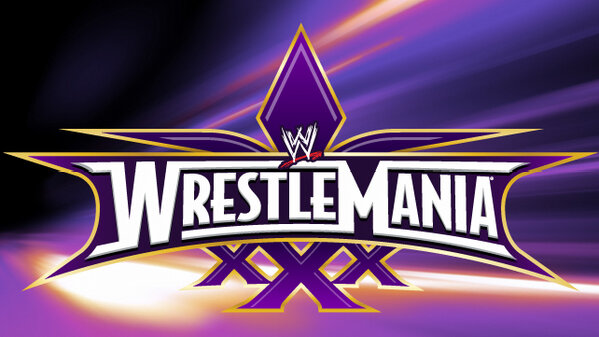 Today, WWE live streamed on WWE.com and their YouTube channel a “major announcement”. Here are the highlights from that announcement:

– Matt Striker & Josh Matthews welcome us and introduce World Champion Alberto Del Rio, congratulating him on his title defense last night against the Big Show. Del Rio notes that it will be his 1st WrestleMania as champion. Del Rio says he is not afraid of Dolph Ziggler potentially cashing in on him, saying Ziggler will be the 2nd guy not to successfully cash in.

– We see a video package showcasing the highlights of last year’s WrestleMania 28 in Miami, Florida.

– WWE announcer Tony Dawson heads to the podium and thanks everyone for coming.

– On the video screen, they show the customary “facts about WWE” video that showcases all the celebrities who have appeared on WWE shows and the WWE superstars who have appeared on mainstream television shows. It also highlights the “BE A STAR” campaign, the annual Tribute to the Troops event and WWE’s work with the Make-a-Wish foundation.

– Brodus Clay & The Funkadactyls come out and do their schtick.

– The VP of Special Events for WWE, John Saboor, welcomes us and says that it was a fun way to start the show. He introduces the mayor of New Orleans, Mitch Landrieu.

– Landrieu thanks Vince McMahon, the superstars & the Divas for the show last night and being here today. Landrieu notes that New Orleans have hosted 25 of the biggest events in the country in record time. He mentions the NCAA Women’s Final Four, the 2014 NBA All-Star Game and now coming up, New Orleans will host WrestleMania 30 on April 6, 2014.

– Landrieu says WWE & New Orleans will be a “perfect match”. They expect an entire week of activities that will rival a Super Bowl or a NBA All-Star game. Landrieu then introduces WWE Chairman & CEO Vince McMahon.

– McMahon, not showing any limp from his recent hip surgery I might add, says WrestleMania is a celebration and there is nothing like that. Its a rock concert and a soap opera all rolled up into one and there is nothing like the city of New Orleans to host it. McMahon tells a story about the CFO stating his job description and the fact that McMahon cut him off and said his job description is to “put smiles on people’s faces”. McMahon says its a “perfect tag-team” the WWE & New Orleans and while he will not say the French saying, “let the good times roll”.

– Saboor thanks McMahon and Landrieu for putting this together over the last couple of months. Saboor says that this wouldn’t be possible without help from the New Orleans Saints. He introduces the owner of the Saints, Rita LeBlanc.

– R-Truth then comes out and does his “What’s Up” schtick.

– Saboor gives a round of applause for Truth. He mentions the week of events like Axxess, the Hall of Fame and RAW the day after. He says he expects over 150,000 people to take part in the week of events. Saboor then introduces the general manager of the Superdome and the New Orleans Arena, Alan Freeman.

– Saboor says that almost as much as WrestleMania, WWE looks forward to creating social events and using their digital & social media with its fans around the world. He then introduces Stephanie McMahon.

– Saboor then introduces the current WWE champion, The Rock.

– Rock says that his roots with New Orleans runs deep, having amazing matches when he was full-time in WWE, also shooting multiple movies, calling New Orleans “Hollywood South”. However before that, his roots with New Orleans go back to when he was a player for the Miami Hurricanes facing Alabama for the National Championship. Rock says playing that game in New Orleans was an amazing experience. Rock says the WrestleMania experience for the fans is “incredibly unforgettable” and for the community is an “unduplicated experience” that the city will never forget. Rock says it will be a fun experience for the city of New Orleans. Rock closes by singing “When the Saints Go Marching In”.

– Saboor then introduces the final guest for the evening, the man the Rock will be facing at WrestleMania 29, noting that its the most highly anticpated re-match of all time, John Cena.

– The Rock comes back out, shakes Cena’s hand and the two pose for photos for the media.

– The Big Show, Mark Henry, The Great Khali, Alberto Del Rio, Brodus Clay & The Funkadatcyls come out and thank everyone for coming.

– Saboor thanks everyone for coming and asks the media to stay to interview the Superstars. This closes the live broadcast.

Davey Boy Smith reportedly being inducted into the WWE Hall of Fame: Class of 2020